I’ve posted a couple of previous entries on the sad and disturbing story of the grave-robberies at Fort Craig, New Mexico.

Quick summary: Local historian Dee Brecheisen dies leaving a large cache of artifacts which his estate sells. A tipster tells the feds that among those artifacts was the mummified corpse of a black soldier Brecheisen had looted from Fort Craig. Federal agents find the skull, then they exhume the entire Fort Craig cemetery to identify and preserve the remains from further depredation.

A vast search of military and civilian archives plus copious forensic analysis ensues in an attempt to identify the bodies. Now the three soldiers found at Fort Craig have been identified and will be reburied with full honors at Santa Fe National Cemetery on Tuesday, July 28.

Medical records showed that Morris died from an ax wound to the back, Ford succumbed to a spinal infection and Smith suffered complications from typhoid fever.[…]

The Bureau of Reclamation placed newspaper ads in the hometowns of Smith, Morris and Ford in hopes of finding descendants, but two of the soldiers were former slaves and finding family lineage has proven difficult, said agency spokeswoman Mary Perea Carlson.

Thomas Smith was 5’2″ and no older than 20 when he died. All the people buried at Fort Craig seem to have hard damn lives.

In addition to the harsh conditions and frontier warfare, there were murders, suicides, fatal accidents and disease: typhoid, cholera, dysentery and smallpox, among others.

The bones of one woman — burial No. 33 — revealed the ravages of what was probably advanced syphilis. The spines of men in the cavalry were deteriorated from long hours in the saddle. Several skulls bore gunshot wounds, most likely the result of a bloody Civil War battle nearby.

A criminal forensic artist did a facial reconstruction from the skulls so we have sketches of what two of the Buffalo Soldiers may have looked like. 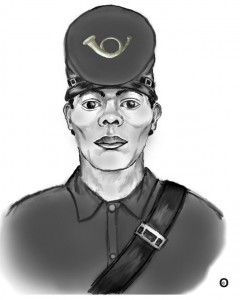 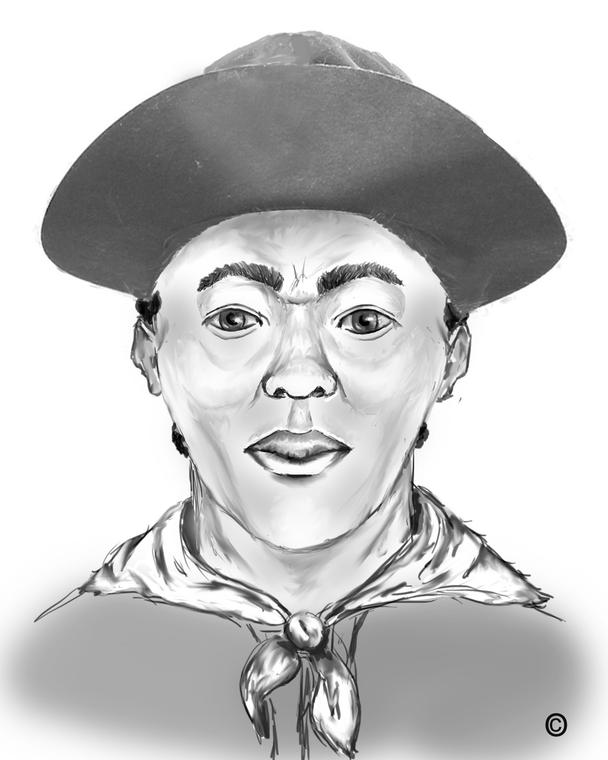