The oldest dated runestone in the world has been discovered in Ringerike, Norway. Museum of Cultural History archaeologists discovered the stone in the autumn of 2021 during excavation of an ancient burial ground near the lake Tyrifjorden, 25 miles northwest of Oslo. A sandstone slab carved with runes was found in a grave that also contained charred human bones. The bones were radiocarbon dated to between 1 and 250 A.D. This is the very dawn of runic script.

A spearhead from Toten, a district in Innlandet county in the eastern part of Norway, has until now been assumed to be the oldest Norwegian runic inscription. These runes spell out the word raunijaR – challenger – and the spearhead is from around the year 200.

Some of the earliest runic inscriptions we know are from Denmark. One of them is written on a comb and could be from the year 160.

The Kylver stone, which was found on the Swedish island Gotland, is from around 400. This is considered the oldest example of an inscription which includes the entire older runic alphabet. 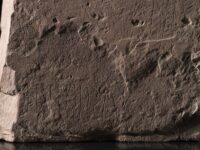 Dubbed the Svingerud Stone after its find site, the newly-unearthed stone is inscribed with a profusion of runes, atypical rune-like designs (for example a B with two extra loops so it looks like two stacked B runes connected together) grid lines, zigzags and other shapes. They are not all clear words and it’s possible the carver was learning how to write runes on the stone.

Eight runes on the front of the slab are the most clear of the inscriptions. Translated they read “idiberug.” Museum experts believe it may reference the name of a person, inscribed as a dedication meaning “for Idibera.” It could also be the rendering of a family name. If it is a name, the runestone could be a funerary marker identifying the deceased. 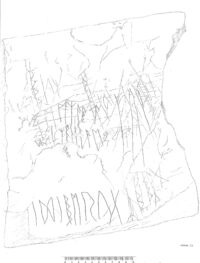 Runic scripts vary a great deal and interpretation can be tricky. Runologists have been working to decipher this inscription for more than a year.

Less is known if we go back to the Roman Age. Experts have little knowledge about the Proto-Germanic language that people in Norway and Scandinavia would have used.

The runic language has also changed a lot from the time when these very first runes were carved and to the time when newer runes were used during the Viking Age, almost a thousand years later.

The stone will continue to be studied, but for a brief window of time it will go on public display at the Museum of Cultural History in Oslo. The exhibition runs from January 21st through February 26th. 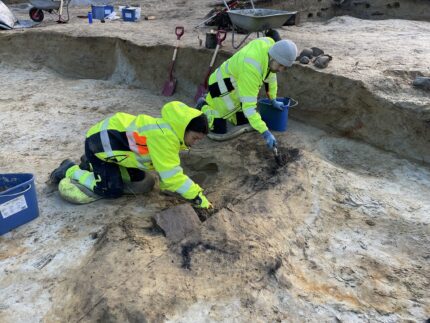