The wide prevalence of smoking in Victorian England left smokers’ teeth in as bad a condition as it left their lungs. The Museum of London studied the skeletal remains of people buried in a Victorian cemetery in Whitechapel, east London, in the mid-19th century, and found that the majority had some dental deformity caused by smoking from clay pipes. Two front teeth, sometimes four, had grooves worn into them from long term pipe smoking.

Osteological analysis of 268 adults buried between 1843 and 1854 found that some disfigurement had occurred in 92 percent of adults exhumed, while wear associated with habitual use of pipes was evident in 23 percent.

“In many cases, a clear circular “hole’ was evident when the upper and lower jaws were closed,” said Donald Walker, human osteologist at Museum of London Archaeology Service.

Of course many of these teeth were also stained brown on the inside, and the adult skeletons with pipe notches also had a higher prevalence of lesions inside the surface of the ribs, most likely from lung disease. Even children weren’t left unscathed. The skeletons of young adults showed evidence of pipe notches, which since the notches take a few years to develop means they had taken up smoking as children to have already worn grooves into their incisors.

Clay pipes were the primary smoking device for people of all classes from the mid-16th century when tobacco was first introduced to England by explorers like Walter Raleigh, who was himself an inveterate pipe smoker. By 1614, there were already 7,000 tobacconists in London and that number would only increase until the late 19th century. Cheap clay pipes were ubiquitous and disposable, more like cigarette butts than pipes today. The Thames mudlarks find clay pipes by the score.

It wasn’t until 1881 when James Bonsack invented a machine that would roll cigarettes cheaply and in large quantities that the pipe and the teeth notches it caused fell by the wayside. 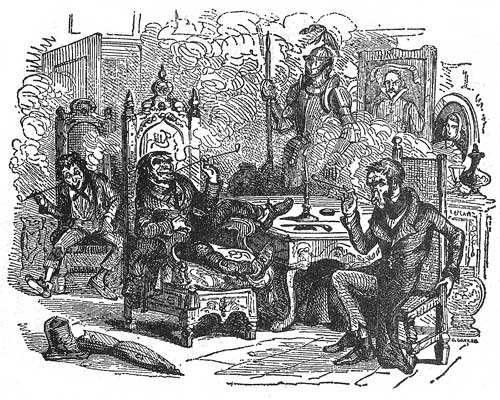