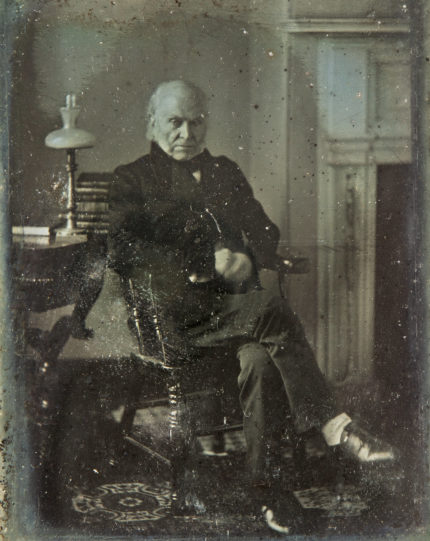 A daguerreotype of John Quincy Adams taken in March of 1843 by photographer Philip Haas sold at a Sotheby’s New York auction on October 5th for $360,500, including buyer’s premium. This exceeds even the high end of the pre-sale estimate of $150,000–250,000, not a surprising outcome given the rarity and historical significance of the image. There were four active bidders duking it out, driving up the hammer price. As of yet there has been no announcement about who placed the winning bid and unless it’s an institution or a collector who plans to loan it out or do something else public with it, there’s a good chance there never will be any such announcement.

The Haas daguerreotype is the earliest known surviving original photographic portrait of a US president. Two earlier daguerreotypes of presidents were taken, one of William Henry Harrison in 1841 around the time of his inauguration, the other of John Quincy Adams in 1842. Neither of those originals are extant, as far as we know. The Harrison portrait exists only as reproduction created around 1850; the first J.Q. Adams portrait is lost.

Adams gave this half-plate to his friend and fellow member of the House of Representatives Horace Everett who had been sitting for his own daguerreotype portrait in Haas’ Washington, D.C. studio when Adams arrived to have his redone. It has remained by descent in the Everett family all this time, nobody realizing that it was a picture of the sixth President of the United States. The seller assumed the man in the portrait was Horace Everett until he was told of its real subject and historical significance. 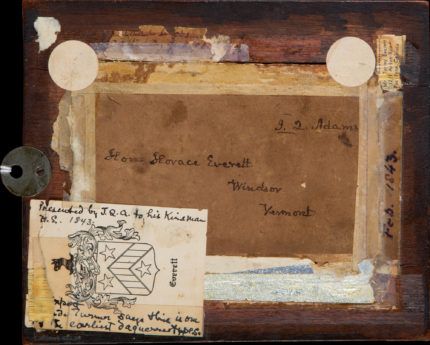