Today is International Holocaust Memorial Day, the 63rd anniversary of the liberation of Auschwitz death camp by the Soviet army, and the Auschwitz-Birkenau State Museum is in desperate need of renovation.

The museum doesn’t have anything like the 120 million dollars needed to restore the rickety barracks and cracked cell walls.

The main goals of conservation works will be determined by the Museum’s conservation department under close supervision of the International Auschwitz Council. Rafał Pióro, the department’s head, mentions the following as the most urgent works:

Up until the museum has been funded almost entirely by the Polish government, with some revenue from visitors and donors.

As of mid-January, however, the International Auschwitz Council has opened a Auschwitz-Birkenau Foundation with the express goal of getting not just the funds necessary for immediate restoration, but also an endowment which would provide income for regular upkeep and improvements.

The grounds are most urgently in need of funds, but the museum also supports extensive archives and permanent exhibitions, so there’s much more that could be done with the foundation money.

To donate to the conservation fund with an easy online PayPal payment, click here. 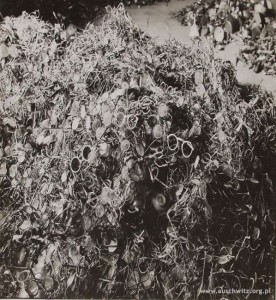