These kinds of artifacts rarely survive, because they were intimate, embarrassing and kept hidden. When people were done with them, they were destroyed, not passed down through the generations. One of the archaeologists on the team recalled finding another archaeological phallus, but it was ancient and made of wood and more likely an object of cult worship. This one most definitely had a utilitarian purpose, not a religious one. 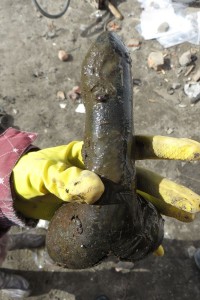 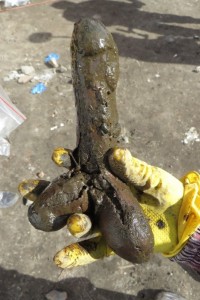