Funded by a grant of $1.47 million from the Andrew W. Mellon Foundation, Michigan State University will create a massive database that brings together scattered information about enslaved people as a priceless research hub for scholars and the public alike. The project, entitled Enslaved: The People of the Historic Slave Trade, will be one-stop-shop for people seeking slave data for academic, genealogical and personal interest purposes. They will be able to search for specific individuals, create charts, map routes and analyze demographic data.

MSU has long been at the forefront of African studies — US News and World Report ranked its African history graduate program the best in the country — and they are eminently equipped to combine scholarship with digital resources that students, researchers and anybody else who wants to delve deeper into the subject can use. This is the raison d’etre of MSU’s Matrix: The Center for Digital Humanities and Social Sciences which will be one of the databases linked together with other world-class databases to create the Enslaved tool.

“‘Enslaved’ brings new digital tools and analytical approaches to the study of African slavery and the Atlantic slave trade,” said project co-investigator Walter Hawthorne, professor and chair of MSU’s Department of History. “By linking data compiled by some of the world’s foremost historians, it will allow scholars and the public to learn about individuals’ lives and to draw new, broad conclusions about processes that had an indelible impact on the world.” […]

The first phase of the project is expected to about 18 months. The goal is develop a functional framework that proves that it’s even possible to link the eight online collections in the initial pilot into one searchable, cross-navigable, publicly accessible database. After that’s done, they can get down to the real nuts and bolts of getting so many moving parts to work together in harmony. It’s going to be a while, but the results could be groundbreaking. Dean Rehberger, director of Matrix and one the leaders of the project:

“In bringing together data from a number of highly successful projects, we have the opportunity from many small threads of data to weave together lives of enslaved individuals once thought lost to history.” 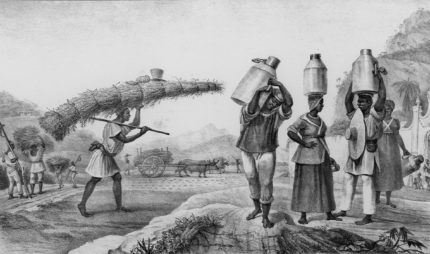