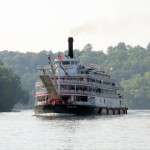 Commissioned in 1927, the Delta Queen is the last all-wood overnight paddlewheel steamboat still in operation on the Mississippi river. She looks just like her earlier brethren who carried Mark Twain and has a remarkable history including service as a troop carrier in World War II.

Because of her wood superstructure, the Delta Queen needs an operating exemption from the Safety of Life and Sea Act, an exemption every Congress since 1968 has gladly provided. Until now. 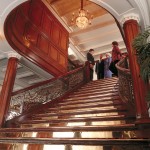 I’m not sure what’s behind the hesitation. Rep. Jim Oberstar of Minnesota made a floor speech claiming the Delta Queen is unsafe because of the wood structure, but the examples of dangerous incidents he cites are either from the 19th century or from contemporary steel ships. The one boiler problem he mentions on the Queen herself was a model of efficient safety procedures, so hardly supports the contention that the Queen is inherently dangerous. 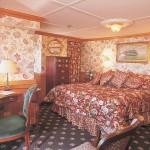 She has passed every yearly Coast Guard inspection. She’s been retrofitted and secured in every possible way. There is nothing at all wrong with her. She is a registered historic treasure of the Department of the Interior and the National Trust for Historic Preservation, a National Historic Landmark and a member of the National Maritime Hall of Fame.

Save the Delta Queen!

3 thoughts on “Save the Delta Queen!”