Dozens of ancient wells and latrines rich in preserved organic remains have been unearthed in Sens, north-central France. They date to between the 1st and 3rd century A.D. and contain an abundance of ceramics, leather, wood, as well as botanical and faunal remains. One extremely rare find is a wooden writing tablet with visible traces of ink lettering. 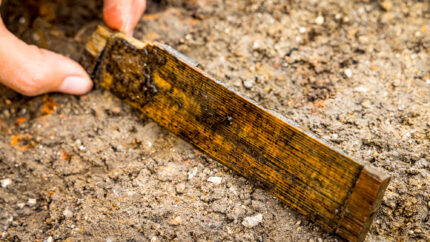 Last May, a team of archaeologists from France’s National Institute for Preventative Archaeological Research (INRAP) excavated a previously unexplored district at the southern edge of the ancient city in advance of housing development construction. The waterlogged soil in the archaeological layers posed logistical challenges for the excavation, but it is also the reason so many organic materials and hollow structures survived until they could be excavated. 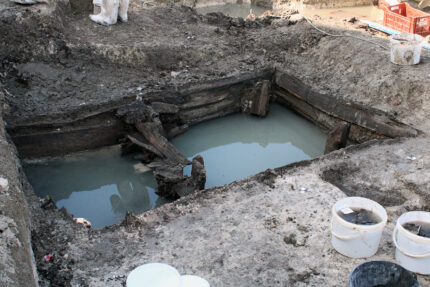 In total, 15 wells were discovered, intact with the original wooden casings at the bottom. The wooden casings from an astonishing 24 ancient latrines were also unearthed. This is an unprecedented concentration of latrines, suggesting they had a wider use than your garden variety outhouse facilities. Perhaps they were used for an industrial application like tanning? Both the wells and the latrines held discarded materials, mostly ceramic fragments, but also pieces of pewter vessels and an intriguing group of counterfeit coin blanks that were discarded before they could be illegally minted. 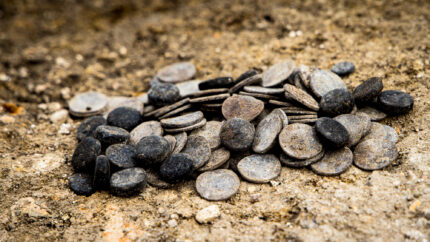 Originally a fortified settlement of the Senones Gauls, the Roman city of Sens was built in the 1st century B.C. Its location at the intersection of two rivers, the Vanne and the Yonne, and two major Roman roads made it an important city in the later Roman Empire. It was a provincial administrative center in the late 4th century, and transitioned into an important archbishopric in the Early Medieval and Carolingian eras. 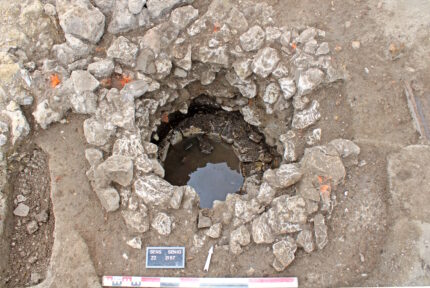