The company won’t share the ship name or location, to spare this inestimable archaelogical find from crass looters who wouldn’t love it as tenderly as they do, donchaknow. 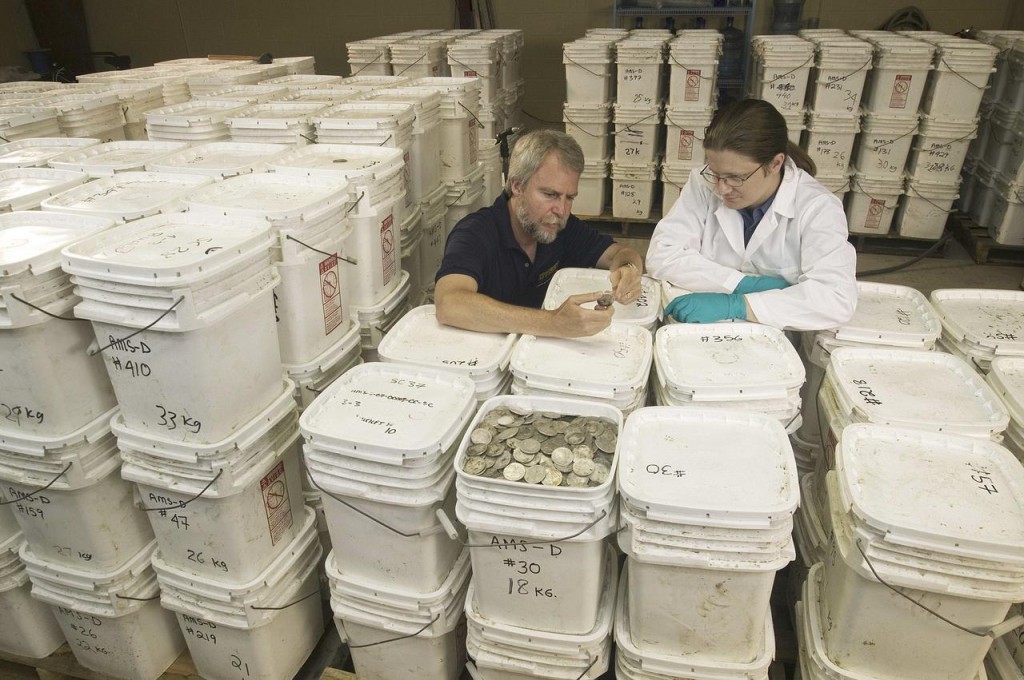 Anyhoozle, Spain is suspicious. They think the ship is Spanish and have filed suit to force Odyssey to cough up the info so they can claim the wreck and all its goodies back for Spain.

The problem is, Spain has spent a couple of centuries not giving a rat’s ass about the thousands of specie-laden ships decorating the ocean floor, so it may be too little too late for Spain to claim ownership, even to protect its cultural patrimony.

Past Spanish attempts to stop the extraction of treasure from Spanish ships have foundered on the country’s own lack of energy in protecting underwater sites.

In 1983, a Florida court ruled that treasure-hunter Mel Fischer was entitled to keep the booty he found at the site of the sunken ship Santa Margarita because “the ship was abandoned … and the Spanish government hasn’t expressed interest in declaring itself a successive owner.”

The Ministry of Culture is determined not to let that happen again. Its new Plan for Subaquatic Archaeology calls for a comprehensive mapping of known shipwreck sites, and requires that important ones be granted protected status just like historic churches and monuments.

Even if the plan does work, however, it will only apply to sites within Spanish territorial waters, and that territory is hellasmaller now than it was when them silver ships were cruising the oceans, giving the superfluous third sons of British and French nobility a fun new hobby in the form of “privateering”.

7 thoughts on “Spain called. It wants its tons of gold and silver back.”