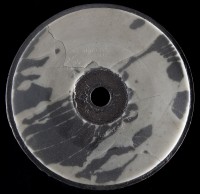 The Smithsonian’s National Museum of American History has embarked on a new project to recover and restore its collection of 300 experimental audio recordings made by Alexander Graham Bell and his laboratory between 1881 and 1892. These are some of the world’s oldest sound recordings and they have never been heard by living ear.

Bell and his colleagues, including his cousin Chichester Bell, created the recordings first at the Volta Laboratory in Washington, D.C. and later at his summer home, Beinn Bhreagh Estate, in Nova Scotia. They used a variety of recording media, all of it in its infancy, some of their own invention, and stored pretty much everything — the sound recordings, the devices used to record and play them, their notes — with the Smithsonian as soon as they were produced to ensure they had an unimpeachable documentation and ownership trail to support any patent applications that came out of the experiments.

The recordings were never published, and quickly became unplayable as the devices stopped working and the delicate materials used made the recordings far too fragile to even attempt to play. Technology opened a new door when the Lawrence Berkeley National Laboratory successfully employed optical imaging and a “virtual stylus” to play the earliest recording of sound in the world, a recording so experimental that it couldn’t even be played when it was made. The sounds were recorded on paper with a phonoautograph device, like a sort of audio braille.

Beginning in 2011, the NMAH collaborated with the Lawrence Berkeley National Laboratory to recover sound from the Bell experimental recordings. In 2013 they hit wonderful paydirt: the first known recording of Alexander Graham Bell’s voice. It was labeled as a test of the “reproduction of numbers” by A.G.B. and C.A.B., and those auspicious initials were confirmed in the voice of the man himself. The numbers test closed with a sign-off so explicit and clear that it was practically a gift to posterity. “This record has been made by Alexander Graham Bell and in the presence of Dr. Chichester A. Bell on the 15th of April 1885 at the Volta Laboratory 1221 Connecticut Avenue, Washington D.C. In witness whereof, hear my voice. Alexander Graham Bell.”

“Over the three-year duration of this remarkable project, ‘Hearing History: Recovering Sound from Alexander Graham Bell’s Experimental Records,’ we will preserve and make accessible for the first time about 300 recordings that have been in the museum’s collections for over a century, unheard by anyone.” said Anthea M. Hartig, the museum’s Elizabeth MacMillan Director. “We are grateful to this public-private partnership in funding this dynamic and innovative work.” […]

The grants will permit the museum to acquire and operate the specialized equipment needed for the upcoming work on the rest of the collection.

The sound recovery work uses a noninvasive optical technique that was first conceived by Berkeley Lab staff in 2002 and jointly developed in collaboration with the Library of Congress and other institutions over the past 15 years. The process creates a high-resolution digital map of a disc or cylinder. This map is then processed to remove evidence of wear or damage (e.g., scratches and skips). Finally, software calculates the motion of a virtual stylus moving through the virtual record’s grooves as represented by the map, reproduces the audio content and makes a standard digital sound file.