The Graffiti House in Brandy Station, Virginia was built in 1858 next to the train tracks. Though a small town, Brandy Station saw a lot of activity during the Civil War because of its location at the junction of the Orange and Alexandria Railroad — the sole rail line linking Confederate capital Richmond with Union capital Washington, D.C. — and of the roads leading to two major fords of the Rappahannock River. The house is thought to have been used as a hospital by both Confederate and Union troops, many of whom left their autographs and sketches of girls, horses, birds, soldiers and more on the second floor walls to mark their stay.

It’s their graffiti that has given the house its moniker, but in the immediate aftermath of the war, the homeowners weren’t keen to preserve the doodles soldiers had scribbled all over the walls using charcoal from the fireplaces and the occasional pencil. The owners whitewashed all that tasty social history. Thankfully, a thin layer of dirt and soot had accumulated over the graffiti, keeping the whitewash from destroying the charcoal markings.

Over the years, the house passed through many hands, some of which made some unfortunately damaging repairs. The graffiti were forgotten until a 1993 renovation stripped off some wallpaper and old paint to reveal the treasures beneath. Despite the rediscovery of this important history, by 2002 the house was derelict. People took chunks of plaster off the wall just to ensure that some part of the graffiti would be preserved when the house was, as seemed inevitable, demolished. This dire fate was avoided thanks to the Brandy Station Foundation, an organization dedicated to preserving the natural and historical patrimony of the town, which purchased the house in August 2002.

They restored the house and hired conservator Chris Mills of Christopher Mills Conservation Services out of New York City to work on the graffiti walls starting last year. He has had to stabilize the walls because the 1858 plaster is coming off the wooden lathing, and while he’s at it, he is painstakingly removing the whitewash using q-tips and razor blades, revealing new graffiti and reviving faded ones.

In some cases, previous owners have used strips of porous tape, covered with some type of spackling, to keep the cracks from widening. Removing these foreign substances makes Mills’ job even tougher and results in some minor but unavoidable damage to the graffiti underneath.

Once the tape is removed, Mills pins the cracked plaster to the laths with nail-like plastic fasteners. When the pins are removed, the holes they made are used to inject an alcohol solution into the plaster.

“Then I inject a synthetic resin that adheres the wood lath to the plaster,” Mills says, adding that he makes the substance himself. As it dries, the alcohol solution helps pull the heavier synthetic resin into the hole, says Mills.

General J.E.B. Stuart, Commander of the Army of Northern Virginia Cavalry, led the Confederate cavalry in the Battle of Brandy Station. Many of the signatures are from members of Stuart’s cavalry, and one very large prominent signature is J.E.B. Stuart’s own. We don’t know for sure that he wrote it, but the Brandy Station Foundation has some copies of his confirmed signature hanging on the wall next to the graffito and they sure do look a lot alike. 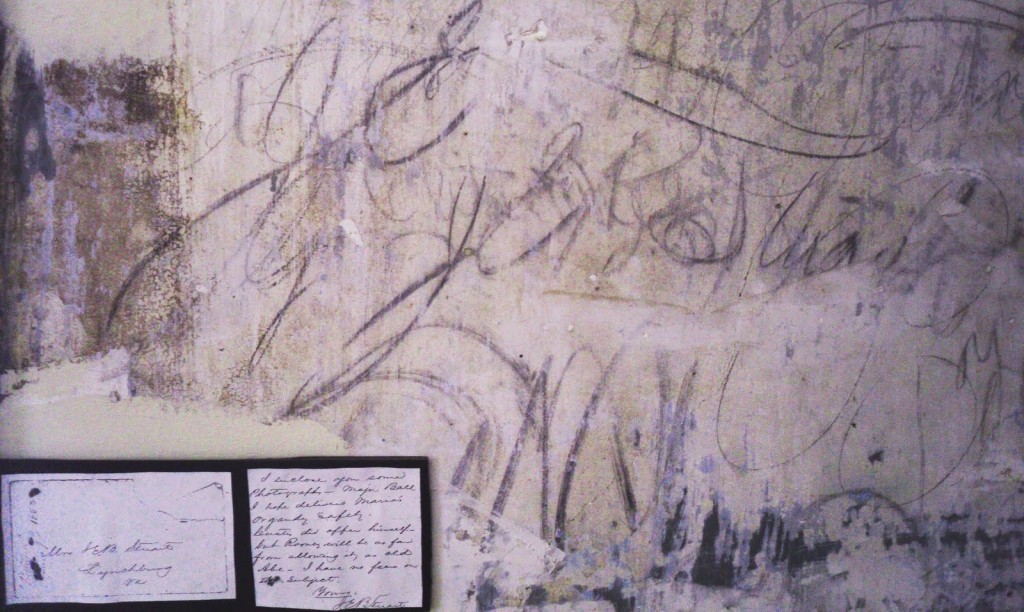 The Foundation was also able to match a signature to a face. Here’s Private Michael Bowman of the 7th Virginia Cavalry, his signature and a period picture of him in uniform: 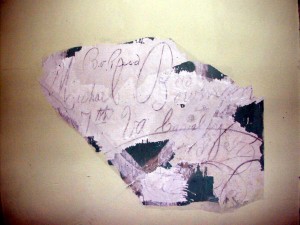 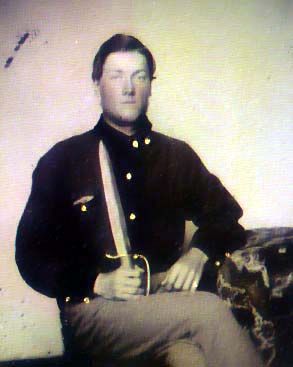