The original pistols used by Alexander Hamilton and Aaron Burr in the 1804 duel that claimed the life of the first Treasury Secretary are temporarily on display at the Smithsonian’s National Postal Museum. The long-barreled Wogdon & Barton pistols used in the infamous duel are privately owned and very rarely exhibited. They have never been exhibited in Washington, D.C. before.

These pistols didn’t belong to Hamilton or Burr. They were owned by John Barker Church, husband of Angelica Schuyler Church, sister of Alexander Hamilton’s wife Eliza. After their most infamous starring turn, the pistols were kept in the Church family at Belvidere, the Federal-style mansion built by John Barker in southeastern New York state.

They were sold in the 1930s to Manhattan Bank which, in a poetic coincidence, had been founded by Aaron Burr in 1799 to compete with Hamilton’s Bank of New York. Two decades later the Bank of Manhattan merged with Chase National Bank to form Chase Manhattan and eventually it would be bought by JPMorgan Chase. The most notorious of all dueling pistols are now the property of JPMorgan Chase & Co. and they can be seen, should you have high finance to transact, on the 8th floor of JPMorgan’s global headquarters at 270 Park Avenue, formerly the Union Carbide tower (soon to be demolished, just by the by).

NB: Burr would later claim that the pistols were his, but witness testimony and the rules of the code duello make that extremely unlikely. As the challenged party, Hamilton had choice of weapons and location, and from the comments made to people by his deathbed over the course of the day it took him to die from the gut shot Burr had delivered, he knew the pistols well. He had a tragic personal reason for this beyond the fact of them being his brother-in-law’s. The pistols were the ones used in the 1801 duel between Alexander Hamilton’s son Philip and George Eacker. Philip was killed on the same dueling grounds in Weehawken, New Jersey, where Hamilton would take that fatal shot three years later. 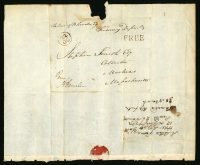 Alexander Hamilton: Soldier, Secretary, Icon, the exhibition that features the pistols, examines the life and enduring legacy of the man through original artifacts as well as iconographic depictions after his death. It’s at the National Postal Museum, so as you might expect, the pistols and portraits are displayed alongside correspondence and postage stamps as well as revenue stamps. The exhibition opened May 25th and runs through March of 2019, but the pistols will only be on display until June 24th.

Anybody who isn’t likely to have a chance to hang out at JPMorgan global headquarters needs to get to DC with a quickness to see the dueling pistols. You can make a Hamilton-themed event out of it as the Broadway smash hit Hamilton: An American Musical, debuts at the Kennedy Center in June. 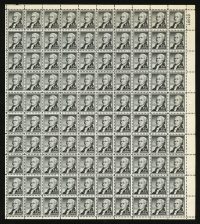 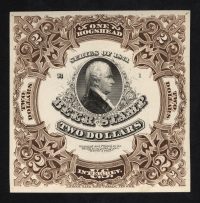