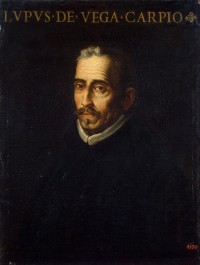 Syracuse University Spanish professor Alejandro García-Reidy has discovered a copy of a lost play by Spanish Golden Age playwright and poet Félix Lope de Vega y Carpio. Lope de Vega is like Spain’s Shakespeare, only he was far, far more prolific. By his own tally, Lope de Vega wrote about 1,800 plays (although he is generally thought to have been exaggerating with the real number closer to 1,500), plus 3,000 sonnets, three novels, four novellas and nine epic poems, an oeuvre so impressive that it inspired his contemporary Miguel de Cervantes, author of Don Quixote, to dub him a “Monster of Nature.”

Only approximately 300 of his plays have survived, a small fraction of the total. The rediscovery of one of the works that hasn’t been seen in centuries, therefore, is a find of great significance to the literary and cultural history of Spain and modern theater. The newly found play is called Mujeres y criados (Women and Servants), a comedy written in 1614. We knew it existed because Lope de Vega included it on a list of his plays published in the 1618 edition of El peregrino en su patria (The Pilgrim in his Own Country), but it was never published in any of the collections of his works. It was therefore believed to be lost and has not been included in modern catalogs of his works. 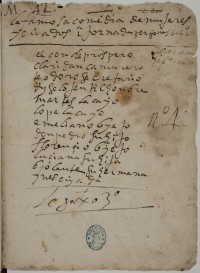 This particular version of the play wasn’t published either. It’s a manuscript copied in 1631 by Pedro de Valdés, director of a theatrical company that staged Lope de Vega’s plays. Later the 56-sheet quarto was bound and acquired by the Library of Osuna, a town in the province of Seville, southern Spain. The Biblioteca Nacional de España (BNE) bought the Osuna Library in 1886 and absorbed its book collection. García-Reidy found the volume at the BNE in 2010 while researching Spanish theater of the 16th and 17th centuries. He spent the next three years analyzing the manuscript and ensuring the attribution to Lope de Vega was accurate.

Stylistic analysis and documentary evidence support the attribution. A document from 1614 notes that a theatrical troupe purchased a comedy by Lope de Vega called Women and Servants. When García-Reidy checked the catalogs of the playwright’s work, there was no title by that name. However, he noticed the National Library had an unattributed manuscript entitled Women and Servants, so he checked it out. He found that the play matched the meter characteristic of the author’s work from the period of 1613-1614 and the subject matter covered themes, like the subversion of social hierarchies and conventions, that are common in his plays. 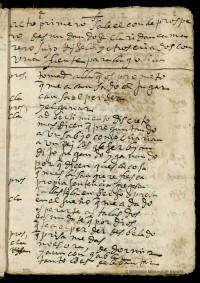 Women and Servants is an urban comedy of considerable quality, according to García-Reidy. That’s meaningful because Lope de Vega was known to have sacrificed quality to achieve his insane output. His work in this period is considered his best. He was at the peak of his abilities and popularity when he wrote this play.

The story takes place in Madrid and stars two sisters, Violante and Luciana, and their lovers, Claridán and Teodoro, one a waiter and the other the secretary of Count Próspero. These two couples, whose love for each other remains secret, find their relationships put to a test with the appearance of two new suitors: Count Próspero himself, who chases after Luciana, and the rich Don Pedro, who courts Violante with the approval of her father. This initial scene leads to a game of hide-and-seek and confused identities in which Luciana must intervene to stay close to her lover. These entanglements give way to several very comical scenes, and the house in which they occur becomes a place where all actors are at the mercy of the tricks played by the two women and their lovers.

García-Reidy thinks this play will work for audiences today because it combines vaudeville-like comedy, sharp wit, dominant female characters and the satire of societal convention. His assessment will be put to the test soon since the Fundación Siglo de Oro theater company has agreed to put on the play this fall. The company specializes in updating historical theater for modern audiences and they have collaborated with researchers to stage Lope de Vega works before.

The play will be presented officially with a public reading by Fundación Siglo de Oro actors within the next few months, but the entire manuscript has been digitized and can be downloaded in pdf form on the BNE website.