I’m excited to report that two members of the team who excavated and analyzed the remains of King Richard III in September of 2012 will be coming to the US in February for public lectures. This is the first chance we norms in the US have had to hear from the horses’ mouths about the extraordinary discovery that riveted the world.

The first stop will be Washington, D.C. where they will be giving a talk on the discovery on February 5th, 2014. The lecture is being offered by the Folger Shakespeare Theatre as part of a program devoted to the Bard’s tragedy Richard III. A new staging of the play will be accompanied by Q&As with the performers, talks by the literary director and local poets. The University of Leicester’s Greyfriars Project will be represented by geneticist Dr. Turi King and fieldwork director Matthew Morris, two of the co-authors of the first paper published on the excavation.

Their lecture, entitled Finding Richard, will cover the archaeological excavation (Matthew Morris’ bailiwick) and the DNA analysis (Dr. King’s expertise) that established a genetic link between Michael Ibsen, direct descendant down the female line of Richard’s sister Anne of York, an unnamed second female-line descendant and the skeleton found under the Leicester council parking lot.

The lecture will be held at the Lutheran Church of the Reformation 212 East Capitol Street on Wednesday, February 5th at 7:30pm. Tickets cost $25 for regular people and $20 for members of the Folger Shakespeare Theatre. You can book over the phone at (202) 544-7077 or online here.

After that, Turi King and Matthew Morris will join professors in history, humanities, forensic pathology and English at St. Louis University for a full day colloquium on Saturday, February 8th. The discussion will be held from 10 a.m. to 4 p.m. at the university’s Il Monastero on 3050 Olive Street. It is open to the general public and free of charge.

Jealous of the fine folks of St. Louis who, as if having a kickass arch on the west bank of the Mississippi River weren’t enough, now get to enjoy a day of Richard III nerdery with two pivotal figures from the Greyfriars team? Well don’t be, because the whole thing will be streamed live over the internet! :boogie: 😎 :boogie:

Bookmark this website, mark your calendar, set your alarm clock to wake you up before 10:00 AM Central Time (11:00 AM EST), get breakfast, lunch, beverages and possibly some sort of vessel to hold your waste, then settle down in front of your computer for a luxurious six hours of nothing but Richard III. 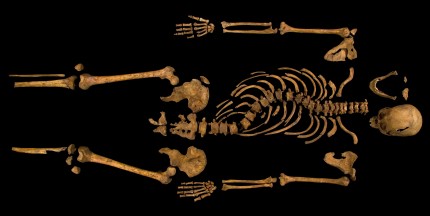