Clear off your DVRs because they’re going to need all the space they can get this summer. Turner Classic Movies is running a film noir festival every Friday of June and July called, appropriately, Summer of Darkness. A full 24 hours of films noir will air starting at 6:00 AM each Friday. It begins on June 5th with Fritz Lang’s chilling 1931 masterpiece M and ends on August 1st at 3:00 AM with Hitchcock’s 1956 based-on-a-true-story mistaken identity picture The Wrong Man. In between are iconic films you’ve probably seen many times — The Maltese Falcon, Murder, My Sweet, The Big Sleep, The Third Man, Blue Dahlia, Strangers on a Train — others you’ve heard of but not seen, ones you’ve never heard of and a smattering of modern classics like LA Confidential and Blue Velvet. Browse the full schedule here (pdf). The grand total by my count is a pantagruelian 121 movies.

But wait, there’s more! TCM is leaning into the fact that it’s already to all intents and purposes a film school that runs 24 hours a day, seven days a week, 365 days of the year, 366 on leap years, and will be airing this treasure trove of film noir in conjunction with a massive open online course The Case of Film Noir.

In this nine-week course, we’ll go back in film history to investigate the “The Case of Film Noir” — the means, motives, and opportunities that led Hollywood studios to make these hard-boiled crime dramas, arguably their greatest contribution to American culture.

This course will run concurrently with the Turner Classic Movies “Summer of Darkness” programming event, airing 24 hours of films noir every Friday in June and July 2015. This is the deepest catalog of film noir ever presented by the network (and perhaps any network), and provides an unprecedented opportunity for those interested in learning more to watch over 100 classic movies as they investigate “The Case of Film Noir.”

Both the course and the associated films will enrich your understanding of the film noir phenomenon — from the earliest noir precursors to recent experiments in neo-noir. You will be able to share thoughts online and test your movie knowledge with a worldwide community of film noir students and fans.

Taught by Ball State University film noir and online education expert Dr. Richard L. Edwards, the course will provide links to public domain films noir so if you don’t have Turner Classic Movies, you can still participate. (Seriously though, get TCM if you can. In terms of sheer consistency and density of material, it’s the greatest channel on cable, bar none.) There will be live discussions on social media, but if you can’t attend you’ll be able to view recordings of them.

This is an amazing opportunity to explore a genre of film in the kind of depth that even college film classes can only dream of. Click here to enroll in the course. 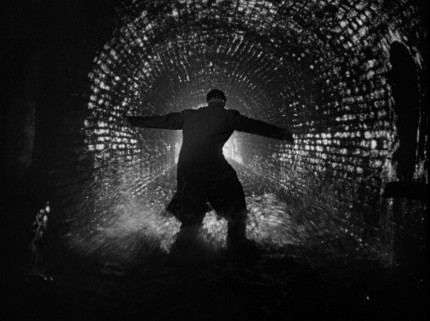