Archaeologists have unearthed an incredibly rare gold seal belonging to a prince of the Ming Dynasty at the site of a 17th century battlefield in Jiangkou Township, Sichuan Province, southwest China. The square seal is made of all but solid gold (95%) and is four inches square and more than an inch thick. On top is a large knob handle in the shape of a tortoise. The characters on the underside of the seal read “Shu Shi Zi Bao.” Shu is the Ming-era name for the modern-day province of Sichuan and “Shi Zi” is the title for the first son of a prince. 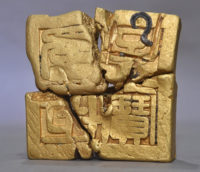 The Jiangkou Chenyin historic site on the banks of the Minjiang river was pilfered by looters first. In 2016, police opened an investigation after a proliferation of extremely rare gold and silver Ming artifacts began to pop up on the black market. The investigation bore rich fruit — 10 looting gangs and 70 traffickers were busted, hundreds of artifacts recovered — and the subsequent archaeological investigation bore even richer fruit. Within two months, the 2017 dig discovered more than 10,000 artifacts. The 2018 and 2019 seasons unearthed another 42,000.

Objects retrieved include earrings, finger rings, bracelets, clasps, bullion, coins, and decorative objects in gold and silver. One gold coin is a medallion bearing the name of rebel leader Zhang Xianzhong who would have gifted it to a subordinate for a military success. Some of the silver bullion is stamped with the name of the local government under Zhang’s brief rule. A

Ming-era firearm discovered last year was joined this year by the discovery of lead balls of different sizes.

The gold seal of Zhang Xianzhong, the most important artifact from the site that was looted, sold to a private collector and recovered by police in 2016, was discovered in two parts. The tiger handle had broken off cleanly from the square seal. The gold seal

discovered in this year’s dig, on the other hand, has multiple cut marks and was found in several pieces. The writing is also more worn than the pristine writing on Zhang’s seal. Much of the damage was likely inflicted before it fell in the river when the prince’s seal was looted by Zhang’s forces.

These rich finds are of archaeological significance beyond their artifact

value because they add important information to what we know about Ming Dynasty metal craft, fiscal systems, military technology and governance during the troubled final years of its rule that gave rise to Zhang Xianzhong and the peasant revolt he joined.

This year’s dig was the last. The artifacts will be conserved and stored for now while a new museum is built to house the massive collection of precious Ming objects. Construction is slated to begin at the end of the year and is expected to be completed in three. 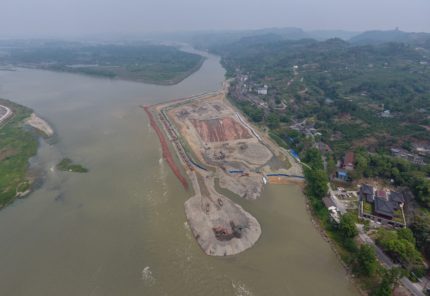 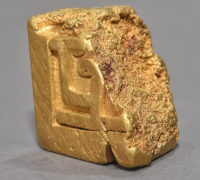 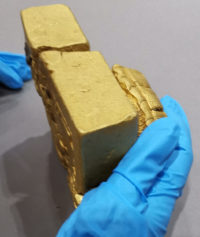